skip to main | skip to sidebar

Coming Soon in the Owen 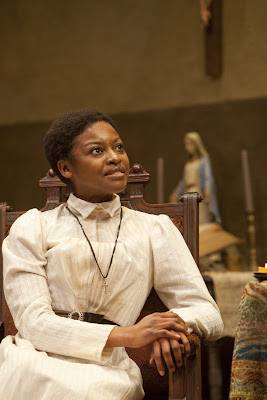 In just two and a half weeks, Danai Gurira’s sharp new historical drama, The Convert, will open in the Owen. This world premiere by Ms. Gurira, who Goodman audiences may remember as the author and star of In the Continuum, which played in the Owen five years ago, takes place in 1895 in the country that would one day become Zimbabwe as it’s in the midst of British colonism. There, we meet Jekesai, a headstrong teenage girl who escapes a forced marriage by becoming the protégé of a black Catholic catechist, Childford. (Buy tickets here.)

The Convert as a co-production between the Goodman, McCarter Theatre in Princeton, New Jersey, and Center Theatre Group in Los Angeles, which means the production will have three runs—one at the McCarter, where it is currently playing, one here, which starts on February 25, and one in Los Angeles, which begins on April 17. For a preview of what’s in store, check out the show’s review in The New York Times. 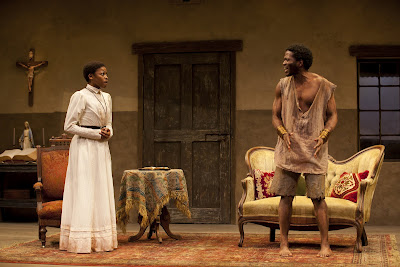 On January 18, Goodman Theatre hosted an Artist Encounter featuring Race. Through intimate conversations about the process of creating theater, the Artist Encounter series connects audiences with theater artists who bring productions to life on stage. The Race event engaged attendees in a conversation that both illuminated the production and acted as a catalyst for deeper exploration into its themes. With the Chicago Sun-Times’ Laura Washington as moderator of the conversation, Goodman Resident Director and director of Race Chuck Smith took to the stage alongside a distinguished group of theater artists to discuss the role of artists in advancing dialogue about race in America.

Read more »
Posted by webpresence at 4:07 PM No comments:

By Willa J. Taylor, Director of Education and Community Engagement 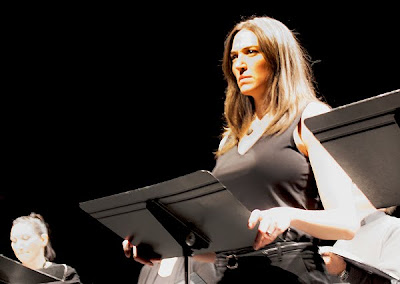 The transition from war zone to home front can often be difficult for the troops returning, their families and their communities. In recognition of the official withdrawal of troops from Iraq, Goodman Theatre, in collaboration with partners across the city, presents a series of events for military personnel, their families and our community to foster conversations and spark dialogue about the price of freedom.

Our Mission: Homefront events kicked off with Community Day on December 31, 2011 and was followed by the first presentation of Theater of War on January 18. Just this morning, Aaron Hughes, of the Warrior Writers Project, and Rachael Hudak, of the Neighborhood Writing Alliance, led a public reflective writing workshop exploring “Radical Vulnerability” (hosted at the National Veterans Art Museum). Check out our upcoming events—we'd love to see you there!

Photo: Elizabeth Laidlaw as Ajax in a reading of Sophocles' Ajax. Photo by Teresa Rende.

Posted by webpresence at 3:16 PM No comments:

“When a white person asks a black person a question such as, ‘What is it like to be black?’ the black person knows that it is not a question as a means of inquiry and discovery, but a test for which the white person perceives a right or wrong answer of which that white person is presumed to be the judge. This it seems to me is the role that David Mamet has assumed as the author of Race, and his authority, ability and means to do so is not because of any scholarship or social practice that may give him any particular insights into issues of race, but because he is an entitled, privileged white male in contemporary American society whose name is David Mamet.”

Read more »
Posted by webpresence at 11:06 AM No comments: 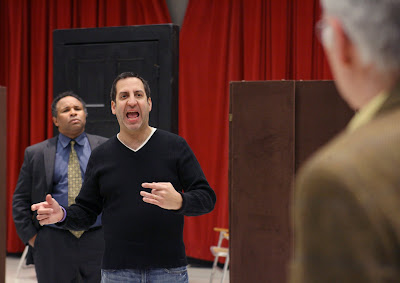 Now that the festive Christmas Carol season is behind us we're looking forward to our next play, David Mamet's Race. Race, a swift 90-minute drama, chronicles what happens when a pair of lawyers—one black, one white—are called to defend a wealthy white client accused of raping a young African American woman. As in most Mamet plays (and in life), the evidence at hand isn't as straightforward as it seems.

Posted by webpresence at 2:45 PM No comments:

A First Meeting With A Christmas Carol

By Ilene Sørbøe, Artistic Intern and Assistant to the Director of A Christmas Carol 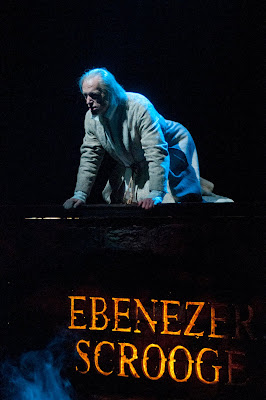 I was born and raised in Norway. This August, I moved to Chicago to be an artistic intern at Goodman Theatre for the fall season. I was informed beforehand that I would be working on Charles Dickens’ A Christmas Carol. I had an idea of the story—its plot, characters and message. What I did not know was the production’s deeply rooted tradition in American theater. It didn’t take me long to realize just how much this Christmas tale means to the Goodman’s audiences.

The holidays are a time of traditions. Year after year, we hang up the same Christmas decorations, eat the same food and listen to the same Christmas music. These actions are more than a routine or a habit. We do them because they are necessary steps towards finding our Christmas spirit. These steps worked last year, and the year before last year—why fix something if it isn’t broken?

Christmas in the Owen

With Christmas just a few weeks away, the sights, sounds, and spirits (both literal and theoretical) of the holiday have taken over the Goodman. A Christmas Carol is in full swing in the Albert Theatre, but the Dickensian classic isn’t the only holiday show up and running—on December 5, Congo Square Theatre Company opened their holiday show, an interpretation of the birth of Jesus, The Nativity, in the Owen. Adapted from Langston Hughes’ gospel musical, Black Nativity, The Nativity features not only gospel, but soul, blues and R & B music with extraordinary dance numbers by the cast and soloists Kathleen Purcell Turner (Mary) and Kevin Dirckson (Joseph), who execute the passion and emotion of Mary and Joseph through choreographed modern dance routines.

In the swift two-hour show, the angel Gabriel narrates the birth of Jesus Christ through the gospels of Luke and Matthew. The story begins as Mary is called on by the angel and told that she is the mother of the son of God, and follows her and her betrothed, Joseph, as they travel to Bethlehem and later Egypt. The set calls to mind the arid desert of Israel under Roman rule, and Congo Square mixes in aspects of traditional African culture into the story through tribal dance, costumes, and the use of a stool, a symbol of royalty power for the Ashanti people and other African cultures. Musical numbers like “God is Good” gracefully demonstrate these multicultural mixtures in the pretext of modern music.

The Nativity’s story may be over 2000 years old, but the production is young and fresh, enlivened with pop culture references and memorable and “soul”-ful performances. The Nativity runs through December 31; don’t miss it while it’s here!

Posted by webpresence at 4:49 PM No comments:


This blog is specially designed for Goodman patrons like you to share your thoughts and read posts from your favorite artists. New posts are added weekly, so come back frequently to discover what goes on behind the scenes at Goodman Theatre.